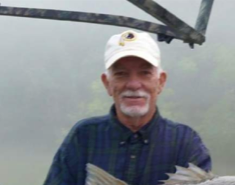 Leave an Eulogy or Condolence for Jerry Lynn Saylor

06/05/2021
Donny & Linda Foster
Praying for family. He was a great friend and will be missed by all.
06/04/2021
Janet Denny Vandiver
My sincere sympathy to all the family, I remember Jerry so well as my childhood neighbor. He will very much missed.