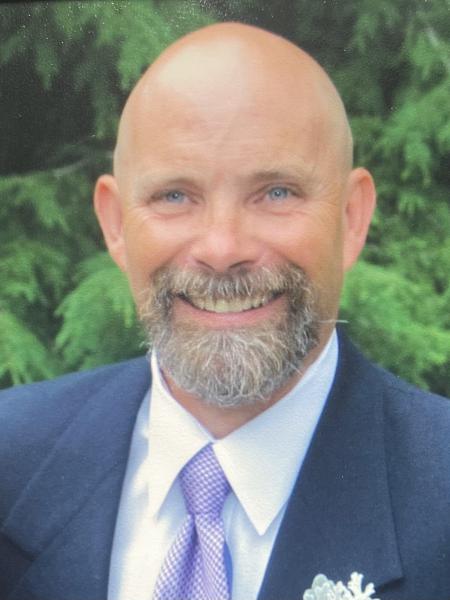 Papa Dave- The Man, The Myth, The Legend

Our beloved Papa, David Earnest Godsey, born 10/18/1952, completed his time on this earth after a journey through brain cancer. On July 16, 2022, he landed peacefully in the arms of his Lord with the love of his family surrounding him.

David, Dave, Pop spent his life roaming the rivers, mountains and back roads of Northeast Tennessee, bringing joy and sometimes mischief to those who crossed his path. Papa Dave was a true Appalachian man, born and raised in these hills, he never strayed too far for too long. He eventually settled into his forever home along his beloved Indian Creek in the North Creek Valley of Unicoi County. His early years were tumultuous and the chaos woven through those times shaped him into the boy, man, brother, father, friend, and perfectly imperfect human he would become. David was a man who sought adventure (and maybe to drive those around him just a little bit crazy.) He loved all things outdoors. He was a legend on the river in his canoe and kayak. He held commune with the water and learned how to flow with the rhythm of the river, sinking in and emerging each time breathless and ready to go again. He could become one with the curve of the road on his motorcycle, the roar of the engine pulsing through his veins. He rose before dawn to silently hunt the animals he respected and honored for providing him food. The wild natural world was his home.
David wasn’t perfect. He was human, after all. But, he was steady. He was the person who answered the phone and showed up to help without questioning what absurd circumstance led you to be in trouble in the first place. He was the man who stopped by just to see if you needed a helping hand or a bad joke to brighten your day. He was the President, CEO, Secretary and Treasurer of the neighborhood watch and he made you feel safer just for his being around the bend. He sought justice as fervently as he sought a good deal (if you know, you know.) He loved chocolate milk and his grandkids. He loved giving his grandkids chocolate milk (and dirt bikes) even when their parents said no.
Speaking of grandkids, the world stopped moving when they walked in the door. No matter the project or bad timing, he paused and made them feel like the center of the universe- his universe- which really was the very best place to be. That really was his gift. He had a gift for seeing you, truly seeing you and meeting you right exactly where you were. If you were a stranger, after a few minutes, you weren’t any more. He never sought to possess or control. He understood the fine of art of helping you figure things out for yourself, with a few tips and tricks in his mirthful tone thrown in to guide you.
David loved for love’s sake, never for recognition. His capacity for empathy and grace grew as he aged and landed in a tireless portrait of redemption, over and over again. He was a lover of the Light who knew how to navigate the darkness with steadfastness.

David’s final wish was for people to know that he loves Jesus. His faith will remain a guiding light for all of those he is waiting for at Heaven’s gates. He found sacred and holy faith, hope and love in his communion with the Lord and his legacy will forever be a tribute to that which is the greatest of all these things, Love.

David donated his body to the Quillen College of Medicine where his daughter and son-in-law attended medical school. A private burial service will take place at a later date.

A memorial service in David’s honor will be held on Saturday, July 30 at 1:00pm with visitation to begin at 11:00am. The service will be held at his beloved church, Lone Oak Christian Church located at 1914 Lone Oak Road, Johnson City, TN.

In lieu of flowers, please consider a donation to Lone Oak Christian Church or The Acorn House, a nonprofit lovingly stewarded by his precious children Leah and Michael Turley, that provides a safe space for healing and equipping those in need with tools to find and reach their potential. PayPal: @theacornhouse; Cash App: $theacornhouse

Most of all, just look folks in the eye, offer them a kind smile or corny joke and know you are making the world a better place, just the way Papa did.

Leave an Eulogy or Condolence for David Earnest Godsey

07/24/2022
Sam Easterling
David was a wonderful friend and a part of incredible memories in my life. My prayers to his family for your loss and condolences with hope that your memories bring you peace! Hope to see you, David, on the other side my friend!
07/22/2022
Brad Dayvolt
Dave and Donna were great friends during our paddling years together. Many great memories and stories. After and Ocoee run I collapsed on the bank before even thinking of loading up. Dave looked down at me, grinned wide and said “Let’s run it again.” I look forward to paddling the Jordan with him near the new Jerusalem.
07/22/2022
Sam Lewis
I will always remember David. I have one of his old canoes ( prophet ) and I think of him every time I walk by the canoe . David was so generous with taking me to the river as I learned to solo canoe . " if you aren't flipping over, you aren't learning ". Such a remarkable generous human . Praying for peace and comfort for family ! Much Love Sam and Lori
07/21/2022
Ron Hartzog
David was one of my oldest friends who knew me better than I knew myself at times. We lost touch over the years but I will always appreciate his care and encouragement as I went through trials during my youth. I pray that his family takes comfort to know he was special to a lot of people seen or unseen, heard or unheard. He was definitely a unique person with a mischievous and quirky personality. I wish I could have spoke to him one last time to thank him.
07/21/2022
Cathy Utsman
I was so blessed to have known and work with Dave at Southeastern Apparel Finishing. He knew I was a huge UT Vol Football fan and loved to joke with me about Florida Gators beating the Vols. Dave's smile most definitely would light up a room and I will cherish the memories I have of him. God Bless You All.
07/21/2022
Kathy Matera
This is one of the most beautiful eulogies I have ever read. I did not know your David, he sounds like an incredible guy. I too lost my love to brain cancer. I wish you all peace and love as you move forward in your journey of life.
07/21/2022
Karen Hicks
Sincere sympathy to each of you. To have to let go of someone so special is the hardest thing to ever do. Dave was blessed with the true love of the Father - the Son - the Holy Spirit - When Don, my husband, passed I could call Dave for advice. He came to repair the woodchuck chewed-up lattice around the best built deck ever - Dave had built it several years before. I would ask if he wanted some water - “no ma’am, I’ll just drink my green tea”. Never stopping for lunch - he just chewed his sunflower seeds. The most remarkable man! Always proud to tell us about his hunting experiences with the grandkids. I was honored to give him a lot of Don’s clothing and even his vintage tree stand. Blessings Always, Karen
07/21/2022
TERRY L BYRD
I grew up with David/Donna and the Kervins; Bill, Grace, Kathy, Danny and departed Billy ( you 2 are in Heaven together) in Belmont Acres just off Sunset Drive ( the 1st subdivison in North JC.) The Kervins took David in as their Son when David was a young child. We ALL ran in the woods next to Bill/Grace house on sunset when sunset was ONLY a 2 lane road. We all played Little Leauge at the 3 parks in JC. I can remember David was coaching 1st base when we played at the little field at Keystone and he got so excited when one of the batters for Ben's Sport Shop hit a home run; he ran the bases as the hitter hit a home run. The scorer in the press box could not understand why 2 runners scored. It was later determined it was David that ran the bases as well as he was coaching as a player for Uncle Bills team. David was so upset he broke down and cryed in our dugout. He was like a "brother" to Billy, Danny any myself as kids and this gentle soul will be surely missed by all who knew and loved him. I only wish I had kept in touch w/ him as we got older. My deepest thoughts and prayers are with his entire family. I am Terry Byrd and just had to send this out to Donna and the rest of his family.
07/20/2022
Melissa
Donna & beautiful family. My condolences on your loss of David. But he lives on through all of you. I think I loved him so much because he wasn't perfect and didn't claim to be. His heart was so large I'm surprised his body could hold it. Each time I saw him I would end up laughing two minutes into our conversation. Thank you David for the joy you brought to this world. Rest now sweet man.
07/20/2022
Susan M Finley
I’m so sorry for your loss, please except my sincere condolences.
07/20/2022
gaithor brown
time to rest now old friend, so many memories good and tough, sleep well
07/20/2022
Eric Alford
David was an awesome dude and I had the pleasure of being exposed to his stories and wisdom as a young man! I laugh when I think about David letting Greg and I ride his dirt bike with him making us promise if we tore it up, we had to pay to fix it! Well, I wrecked it and the rest is history. I also remember when he busted his tooth while changing a tire and I have always been extra careful when I am taking a wheel off. David will be missed! My prayers and condolences to David’s family.