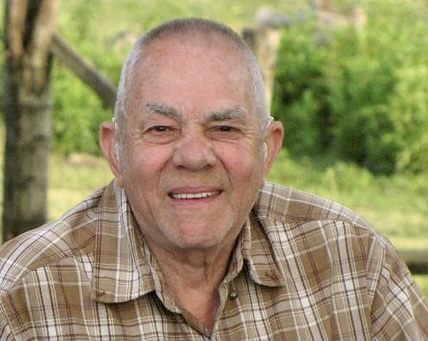 Lester Archer, age 88, of Jonesborough, Tennessee passed away on Sunday, August 29, 2021, following a courageous battle with Multiple Myeloma and Dementia. Lester was born in Washington County, on August 29, 1933, to Joe and Ines Collins Archer.
At the young age of 17, he made the decision to serve his country by joining the United States Army. Soon after, he was deployed and valiantly fought on the front lines during the Korean War, earning three Bonze Service Stars, the Army Occupation Medal (Japan), the United Nations Service Medal, and the National Defense Service Medal. Upon his return to the United States, he trained young cadets at West Point.
Soon after returning home, he met and married the lovely, Eloise Hammitt, with whom he shared 60 years of marriage, four daughters, and life with. Lester worked at Klopman Mills (Burlington Industries), Diesel Sales and Service, and always farmed, growing tobacco, beef cattle, and dairy farming. He was an excellent gardener, loved flowers, hunting, fishing, bowling, collecting guns, raising prize winning coon dogs, and being in nature, but most of all, he loved his family. He was a member of Sulphur Springs Baptist Church.
He was preceded in death by his parents, his wife, two daughters, Angela and Rebecca, brother/in-law, Sydney Archer and Rufus Hammitt, and his sister, Martha Emmert.
He is survived by his daughters, Vicky Weil (Ron Deshaies), and Darlene Ranegan (Joe), his grandchildren, Adam Glass, Tyler Laxton, Brittney Pearson (Bryan), Daniel Brant (Erin), Will Brant (Alisha), and Joseph Ranegan, his great grandchildren, Jack, Kelsey, Carter Rose, Evelyn, Adeline, and June Eloise, his brothers, Raymond (Betty), Howard (Ann), Herman (Billie), Paul (Teressa), his sisters, Anna Earldene Littleton, and Joyce Greg (Ed), his in-laws, Lula Gray (Gale), Pat Jamerson (Gerald), Nelta Cox, Famah Fenner (Jim), Charlie Hammitt (Linda), Vickie Hammitt, Eva Archer, Beau Hammitt (Lionel), several nieces, nephews, and cousins.
The family would like to offer their sincere appreciation to his very special caregiver, Stephanie Holt, and to all those who cared for Lester at various times throughout his illness, Leslie Hohl, Mountain Home VA, Amedisys Hospice, Ballad Hospice, Lakebridge Skilled Nursing Facility, and Brookdale Assisted Living.
A graveside service will be conducted on Saturday, September 25, 2021, at 2:00 p.m. at the Sulphur Springs Cemetery with Pastor Jon Reed officiating.

Leave an Eulogy or Condolence for Lester Archer

09/24/2021
Kevin Holtsinger Family
So sorry to hear about the loss of your father. We understand what is like to lose a father ourselves having both of us to lose a father in the last couple of years. Our prayers are with you and all the family during this time. We know we can take comfort in knowing he is no longer dealing with suffering and illness even though it is difficult not having him with us. And we can take comfort that we will one day see him again.
09/22/2021
Wassan Broyles
I didn't have the pleasure of knowing Mr. Archer but every once and a while I will read what is in the paper and see a name of someone that I might know. I went to school with some Archer's in Limestone so I read what was in the paper about him. Just wanted to thank him for his service to this country and what a difference he must have made through out his life to friends and family. He sounds like a guy I would have gotten along with well and probably had a lot of stories to tell. My condolences go out to the friends and family of Mr. Lester Archer. They don't make them like him anymore. I am sure he will be missed by many but not forgotten by any. You have fought a good fight. Rest in peace Mr. Archer till the Lord calls us home, Wassan Broyles.
09/22/2021
Nancy Murphy
So sorry for your loss. My deepest sympathy to all the family.