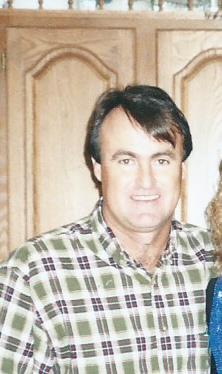 Leave an Eulogy or Condolence for Randy Jones

06/12/2017
Mary Lee Campbell
Knew Randy and his dad, Herman Jones, as their REALTOR of Whittling Wood S/D.....Such great people to work with and can only say GOOD things about both.....Rest in Peace, Herman & Randy...
05/31/2017
James & Rebekah Hunt
We are so sorry for your loss. When James and I first looked at our house Herman showed it to us and that was when we first became acquainted with the Jones family. We later bought the house at auction. Not long after that Randy was lengthening the street Fallen Leaf off Whittling Wood. He was scraping the road and building the curbing frames etc. James visited with him several times during this and watched him work. James had worked with the U.S. Forest Service for 35 years and had seen a lot of men working fire plows, driving big rigs hauling the plows, using graders etc. He came in after watching Randy one day and said" I have only seen one other man that can operate machinery as smooth as Randy can. It's unbelievable! It was like Randy's nephew said at the funeral Randy was an expert. We saw him for the last time at Herman's funeral. He remembered us and greeted us with a big smile. He suffered a long time and as hard it is to lose such a special person we are glad he isn't suffering any longer. He will be missed.
05/22/2017
Chet Zinnanti
Jeff, so sorry to hear about Randy,I still remember us riding mini bikes years ago. Our prayers are with you and your family.
05/20/2017
Linda & Gene Rutherford
So sad to hear of Randy's passing. We remember him from a small boy wearing short pants and growing into an adult. When he was still in high school he dug out for the basement and foundation of our house. Anywhere we saw him, he always had that smile. Randy put up a long hard fight these last years but now God has taken away his pain and reunited with Herman and Sharon in a better place. Our love and prayers are with the entire family.
05/19/2017
Penny Warner
Your love and care kept him in your lives as long as humanly possible, and now God has him; waiting in his renewed healthy body to hug you again! What a great day that will be!
05/19/2017
Charlotte Sims
Sandy and Jeff, I am so sorry you have lost a special brother. He will greatly missed by many whose lives were enriched by having known him. May God continue to comfort and bless you all.
05/19/2017
Tim Daniels
So sorry for your loss! Will keep you all in my prayers!
05/19/2017
Donna Haney Liles
Heartbroken at the passing of Randy. But he is now with so many of our family members walking the beautiful Streets of Gold. Imagine the family reunion they are having. My thoughts and prayers are with all of you.
05/18/2017
Jeanette McCoy Miller
Sandy and Family, I am so sorry for the loss of your beloved brother. Rest assured that you will be reunited with him again and he is in a far better place. I will keep you in my thoughts and prayers.
05/18/2017
Rocky Bellew
I didn't know Randy, but I know he was the recipient of great love from his sister, Sandy. I know he will be missed. Sandy, I hold you and your family in my heart with prayers for peace. God Bless!