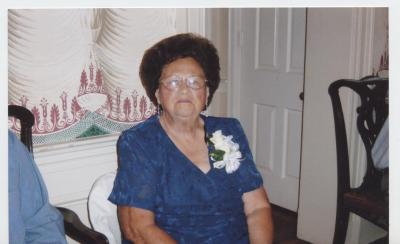 Bonnie was raised in the Christian Church Shelton’s Chapel in Greene County. She was a faithful worker in the Methodist Church for 70 years and also attended Oak Hill Baptist Church the last few years.

Funeral services will be conducted at 8:00 pm on Tuesday, August 13, 2013 at Dillow-Taylor Funeral Home with Rev. Victor Wallace officiating. The family will receive friends from 6:00-8:00 pm prior to the service.

Interment services will be conducted at 11:30 a.m. on Wednesday, August 14, 2013
at Sulphur Springs Cemetery.

Pallbearers will be grandsons and great-grandsons.

Leave an Eulogy or Condolence for Bonnie B. Ellenburg Ford