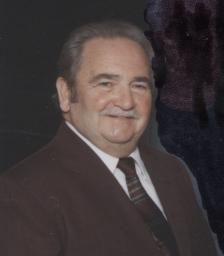 Mr. Vines was a native of Washington County and son of the late Foster H. & Eva Lewis Vines. He was also preceded in death by sisters, Gladys Scott, Marion Palmer and Marilyn Veech and brothers, Clifford Vines and James Vines.

He was a member of Trinity Baptist Church.

He was a United States Army Master Sergeant retiring after 21 years of service. He served two tours in Germany, one tour in Korea and two tours in Vietnam where he was awarded a Bronze Star.

The family would like to extend a special thank you to the CLC Staff at James H. Quillen VA Medical Center, for their dedication and loving care given to Mr. Vines.

Funeral services will be conducted 7:00 pm Thursday, July 18, 2013 at Dillow-Taylor Funeral Home with Rev. Allan Davis officiating. The family will receive friends from 5:00-7:00 pm Thursday prior to the service.

Interment services will be conducted 10:45 am Friday, July 19, 2013 at Mountain Home National Cemetery.

Pallbearers will be family & friends.

Leave an Eulogy or Condolence for Kenneth E. Vines