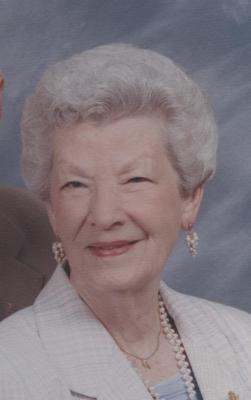 Mrs. Davis was born in Monessen, PA and lived the past 27 years in Washington County. She was a daughter of the late Glenn Robert & Isabelle McGaughey Braddock. In addition to her parents, Mrs. Davis was also preceded in death by her loving husband of 61 years, John R. “Jack” Davis, Jr. in 2007.

Mrs. Davis retired from Pittsburgh National Bank Dormont Office as the Vault Keeper. She was a member of Nolichuckey Grandview Chapter #194 OES. She was thought lovingly as Aunt Elinor to the Boyz of Bethel Park, PA.

The family would like to thank the staff of Pine Oaks Assisted Living and Grandview’s Tuesday Visitation Group for their loving care given to our mother.

Funeral services will be conducted 7:00 pm Tuesday, April 2, 2013 at Dillow-Taylor Funeral Home with Minister Dick Morris and Minister Aaron Wymer officiating. The family will receive friends from 5:30-7:00 pm Tuesday prior to the service.

Entombment services will be conducted 11:00 am Wednesday, April 3, 2013 at Washington County Memory Gardens.

Pallbearers will be family & friends.

Leave an Eulogy or Condolence for Elinor B. Davis