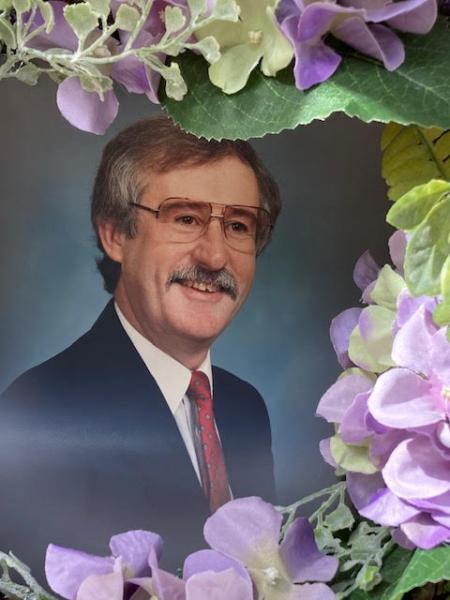 Stephen Shannon Everroad (Steve) returned to his heavenly home on the evening of January 24, 2021, at Johnson City Medical Center. He spent his last days on Earth surrounded by his wife, children, and grandchildren.


He was born an April Fool’s Baby, April 1, 1943 (a charge which he gleefully carried throughout his life), in Seymour, Indiana. He grew up in Columbus, IN, a proud Bulldog and Hoosier, and attended Columbus High School, where he was part of their 1959 undefeated football team. Stephen began his college career at Hanover College before transferring to Milligan College in Milligan College, TN. At Milligan he was the president of BYKOTA and Co-Feature Editor of the Stampede. He graduated from Milligan in 1965, and then immediately began attending Emmanuel Christian Seminary, becoming part of its first graduating class in 1967.


Stephen married the love of his life, Anna Paulette Everroad, on June 19, 1966 at Colonial Heights Christian Church. There he began his ministry and his family. He was a loving and proud father to four children. He taught them to swim, to serve, and to live with passion.


Some of his favorite things included the Vols, sports of any kind, collecting fun ties, meeting new people, singing praises loudly on Sunday mornings, eating dessert first, and spending time with his children, grandchildren, and great-grandchild.


He was preceded in death by his parents, Leslie Bohn Everroad and Theressa Shannon Everroad.


The family will be privately gathering to honor Stephen’s memory. Family and friends are welcome to email pictures, videos, and memories to everroad2021@gmail.com. Submissions will be added to a memorial website, which can be viewed at www.everroad.org.


In lieu of flowers, memorial contributions may be made to the Appalachian Christian Camp tuition fund.

Where on this day all power

of fatherly love poured forth

Jesus the peoples of the world,

Jesus the peoples of the world.”

Leave an Eulogy or Condolence for Stephen Shannon "Steve" Everroad

02/13/2021
Heidi Everroad
My dad is missed by all of us so much. He was an incredible man, loved by so many!! As a family, we decided against a funeral. We want to keep our Momma safe as well as our friends and family. Dad would never want anyone getting sick. We ask you visit www.everroad.org it is a website set up in memory of Dad. We will be adding new stuff so please keep checking back. All of us kids have a section where we have written something for him, there are hundreds of pictures and even a couple voicemails. His brother, my Uncle Rick made a video and there are some great stories from college friends on there. My dad was always a prankster and he loved life. He really loved every person he met. Please continue to pray for our family.