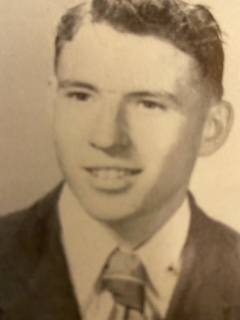 Frederick Jackson Furches, 84, Johnson City, TN, left this world peacefully on February 1, 2021, to be with his beloved wife Pat.

He is survived by his sons, David & Robert of Johnson City, sister-in-law, Joan Furches, 2 nieces, Linda Chase of Jonesborough, TN and Lisa Torbett, cousins and numerous other family and friends.

Frederick served his country in the U.S. Air Force for over 20 years and served 2 tours in Vietnam. He earned numerous awards and commendations.

He was the owner of 96 Texaco and Fred & Jimmys Auto Repair for 20 years. He enjoyed NASCAR, watching sports, the news, and his beloved Molly & Bandit!

A visitation will be held from 4:00 PM to 7:00 PM on Friday, February 5, 2021, at Jennings and Ayers Funeral Home in Murfreesboro, TN. The funeral service will be at Jennings & Ayers 1:00 PM on Saturday, February 6, 2021 with Pastor Dwight Faircloth officiating. Graveside will follow at Evergreen Cemetery.

Leave an Eulogy or Condolence for Frederick Jackson Furches