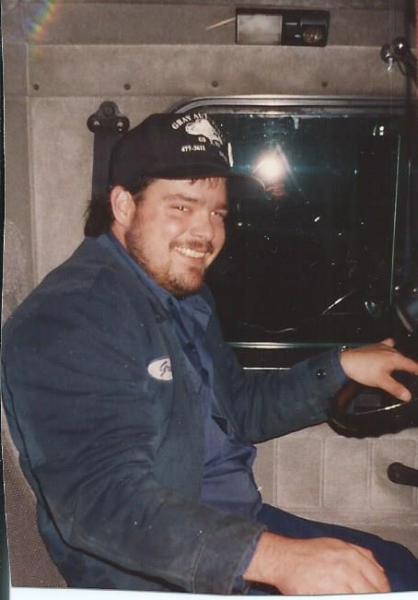 Gregory (Greg) Dickeson, age 49, of the Bowmantown community, passed away October 30, 2020, at Johnson City Medical Center after a lengthy illness.

Greg was a truckdriver and a farmer until his health no longer permitted him to work. He was of Christian belief.

Survivors include his mother, Nancy, of the home and his fur-baby, Popcorn, one uncle, J.D. Slagle and wife, Carolyn, of Kingsport, one aunt, Connie Green of Alabama, several cousins, a special great aunt, Ruby Broyles of Bowmantown, and special friend, Carl Mowery, who was like a brother to Greg.

Nancy sends thanks to Laughlin Memorial Hospital, Johnson City Medical Center, all of the doctors & nurses who have helped Greg for the last few years, and the many friends that have helped us in many ways.

A visitation will be held at Dillow-Taylor Funeral Home on Thursday, November 5, 2020, from 5 to 7 PM, with the funeral service beginning at 7 PM. The graveside service will be at 9:30 AM on Friday, November 6, 2020, at Fairview Cemetery. Pastor Sam Smith will be officiating. Music will be provided by Tommy Collins.

Leave an Eulogy or Condolence for Gregory (Greg) Dickeson

11/06/2020
Stanley and Cassie Bacon and Cheryl Ann
Nancy, We are so sorry to hear about Gregory. Just know you have our love and prayers.
11/06/2020
Wendy‘ Lane Shelton
Always a great person, known Greg since I was kid. Prayers to Nancy I can’t imagine her lost feelings Love you Cadillac tell Shane hello for me