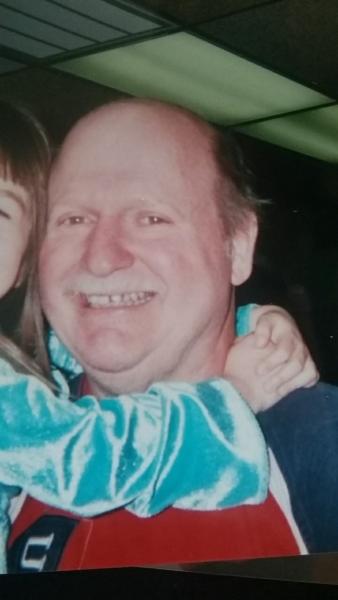 On the afternoon of Sunday, May 10, 2020, at 2:40P.M., Charles Allen “Buck” Conner, 66, of Greeneville passed away at the Johnson City Medical Center. He was born and raised in Johnson City, and the son of the late Bob L. and Ruth I. Conner.
Through his life, he enjoyed sports, volunteer work, and teaching. He loved to play softball until an injury to the knee, but it did not dull his love for the activity. He was the Atlanta Braves greatest fan and he enjoyed UT football.
His alma mater was East Tennessee State University. Afterwards, he went on to teach mathematics in Hurly, VA, he coached a girls’ basketball team, then he moved on to Dockery Flooring, and eventually became a manufacturer at Crown Tonka for 23 years until retirement.
Allen loved Christ and was a part of the Seventh Day Adventist Church for over 20 years and fulfilled the role of doing tape ministries at his church. He had great enjoyment for volunteer work. He worked at the Community Service Center, driving the food truck, until a health decline.
He is survived by the love of his life, best friend, and wife, Sherri J. Pierce Conner of the home; his three stepdaughters and stepson: stepdaughter and son-in-law, Bonnie Jean and Sean Kelley of Boise, ID; stepdaughter, Wendy Talbert of the home; stepson, Pernell B. Jones of TN; and stepdaughter, Jenny Jones of TN. His siblings include three brothers and a sister: his late brother and sister-in-law, Stanley and Dawn S. Conner; brother and sister-in-law, Larry and Linda M. Conner; sister and brother-in-law, Cathy C. and Bob Dively; and brother and sister-in-law, Kenneth and Runae B. Conner. He had seven grandchildren: grandson, Ethan C. Hall (girlfriend, Shaylee Wolfe); grandson, Treysen Talbert; grandson, Avery Kelley; granddaughter, Raimey R. Talbert; granddaughter, Sonora S. Talbert; grandson, Lucas J. Jones; and granddaughter, Lyric M. Dearing; and one great-grandson. He had many nieces and nephews.
Friends include, the late Keith Coleman; Randy and Pam Hutton; Richard and Sharon Rice; Jamie and Wayne Alshie; and Dr. Ron Turk.
In the end, Allen fought a strong fight against cancer. The family would like to thank the EMTs who transported and cared for Allen en route and his caregivers through chemotherapy and in his last days, including Dr. Patel, the Intensive Care Unit team, and the chaplains for caring for him in his last hours at Johnson City Medical Center.
The graveside service will be at Monte Vista Memorial Park, scheduled for Thursday, May 14, 2020 at 2:00P.M, under the direction of Pastor Jeremy Arnell. Pallbearers include: Kenneth Conner, David Vest, and Lucas Jones. Honorary pallbearers include: Larry Conner, Pernell B. Jones, and Randy Hutton.
In lieu of flowers, the family would prefer donations towards the burial be made to Dillow Taylor Funeral Home, P.O. Box 98, Jonesborough, TN 37659.

Leave an Eulogy or Condolence for Charles Allen “Buck” Conner

05/19/2020
Lee Chase
Great memories of Buck at Jonesborough High School. Have not seen him for years, but from the obituary it sounds like he had a great life. God bless the family.
05/14/2020
Sharon Bilbrey Good
The Bilbrey family sends our sympathies in your loss of a dear brother. We did not keep up with Buddy or family but hear he was an awesome man. We did not know Stanley was gone. God be with each of you and know our prayers are with you.
05/12/2020
Robert and Jody Wolf
Buck was a kind man and a follower of Jesus Christ. He was loved by many and will be missed.